The Projects teams of Hansa Meyer Global handled the transportation of twelve (12) HRSG Modules (each 155-ton) from Chile to Bolivia using the ANTONOV AN-225 MRIYA, the world’s biggest aircraft.

The scope of Hansa Meyer Global included all logistics services from Arica and Iquique Seaports, Chile via Iquique Airport, Chile up to Jobsite Entre Rios, Bolivia via Chimore Airport, Bolivia.

All operations were coordinated in close collaboration with Hansa Meyer Shipway Chile and Shipway Argentina.

Eight (8) HRSG Modules were loaded on vessel MV ‘BBC Pearl’ and sailed from Arica, Chile to the port of Iquique, Chile; four (4) HRSG Modules have been already loaded on the vessel in China.

Upon receipt at Iquique Seaport various adjustments of the Module took place as the initial configuration did not fit into the ANTONOV AN-225 – Lifting Points were reworked, lashing and winching points added.

The distance between Iquique Seaport and Iquique Airport is only approx. 45km.

During six (6) nights we trucked all Modules by using 16-Axle Hydraulic Trailer.
Loading Operation onto a special low-profile loading system of the ANTONOV AN-225 at Iquique Airport was done by 1x 400ton and 1x 500ton Crane.

Upon loading of the Module onto the loading ramp, the lifting points were removed, in order to allow the cargo to be winched into the aircraft.

The ANTONOV Airlines Crew secured the cargo inside the aircraft with a special lashing pattern, developed specifically for the project that allowed for welding of a calculated number of lashing points and special winching points for the cables of the aircraft winches.

The Flight from Iquique, Chile to Chimore, Bolivia over the Andes took only 75 minutes, but it was a crucial link in the entire logistics chain for the delivery of such oversized and superheavy equipment to the landlocked location.

Upon arrival, the ANTONOV Airlines Crew pulled the cargoes out to the loading ramp.

The lifting points were reinstalled on their initial positions, tying them with bolts for subsequent lifting and offloading using 1x 300ton and 1x 400 ton Crane.
“We were very impressed with the excellent organization of the work of Hansa Meyer’s staff and their coordination with the ANTONOV Airlines Crew at both Iquique and Chimore Airports, which allowed us to keep the tight schedule of all chartered flights” – said Andriy Blagovisniy, Commercial Director of ANTONOV Airlines.

All twelve (12) Modules were delivered to Jobsite well in time and in sound conditions.

“The Operation of total only 38 days was an overall success; well planned and executed, without any accidents and/or incidents” – said Monika Beckfeld, Director Sales of Hansa Meyer Global Transport.

They owe their success to their seasoned working team and a strong global professional network. They aim at adding value to the clients’ products and raw materials by offering them all the logistics solutions that suit their needs.
To find out more, visit shipway.com.ar

ABOUT ANTONOV AIRLINES
ANTONOV Airlines specializes in the transport of outsized and project cargo worldwide using its fleet of seven AN-124-100 “Ruslan” aircraft with up to 150 tones payload, its 60-tonne payload AN-22, and its unique 250-tonne payload AN-225 “Mriya”, which is the largest aircraft in the world, as well as smaller AN-74 and AN-26 aircraft.

More than 29 years after launching as the first company to offer the AN-124-100 commercially, ANTONOV Airlines continues to deliver air cargo solutions across the aerospace, defense, energy, humanitarian, industrial, automotive, and oil and gas sectors.

ANTONOV Airlines is a division of ANTONOV Company, headquartered in Kyiv, Ukraine, and a Ukrainian state-owned enterprise, which designs, develops, produces and maintains the AN aircraft.

To find out more, visit antonov-airlines.com 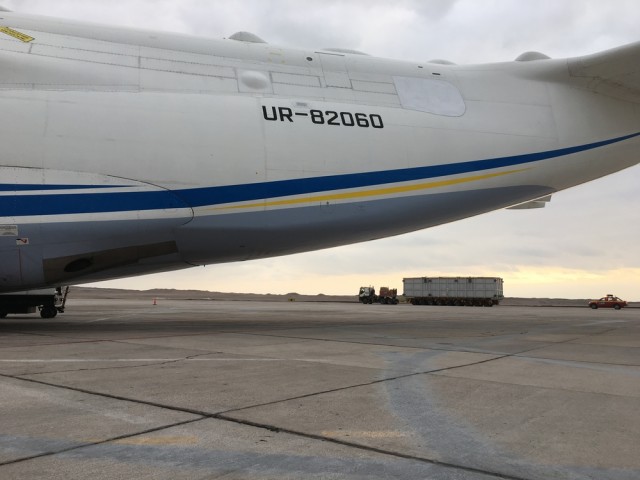 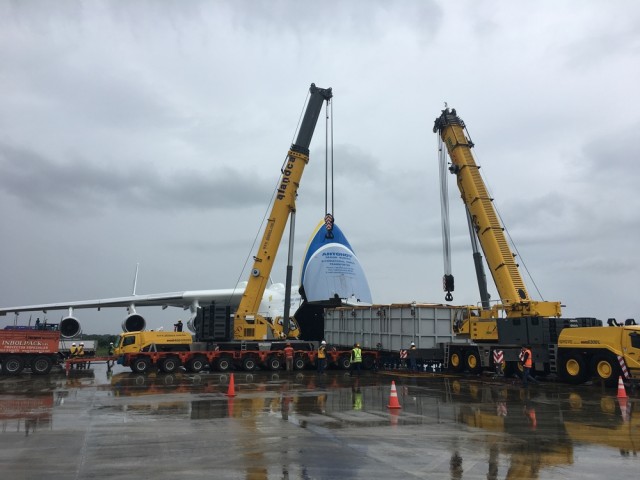 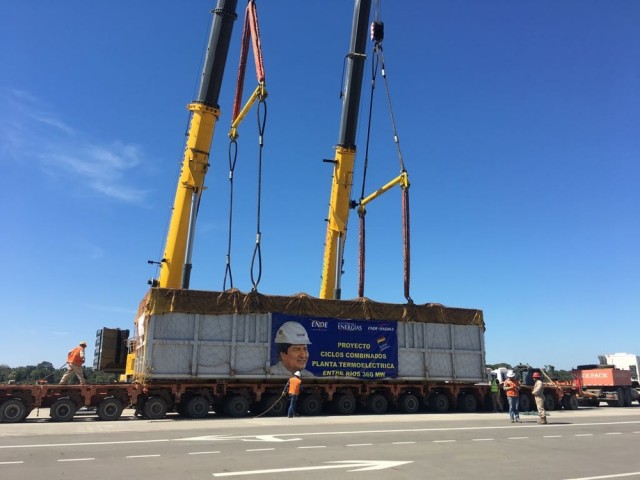