On June 14, 2018 Hansa Meyer Global Transport Mexico celebrated its 20th Anniversary, in the company of customers and suppliers. The event took place at the Centro Cultural Estación Indianilla, a former remodeled streetcar station that over time has been the scene of important films and social events in Mexico City. And this occasion it was not the exception.

Hansa Meyer Global Transport is a company that is mainly dedicated to the importation of high value products and that over time has consolidated as a leader in non-standardized solutions for the transfer of specialized cargo.

This year is consolidated as its twentieth anniversary and in the words of Rigoberto Sánchez, Managing Director of the company, “there are great expectations for the future, with certainty like no other time”.

The event began at 8:30 pm, with a light and color show that attracted the attention of the attendees: a choreography of neon paint drums, which gave way to an emotional video with testimonials from the oldest members of the company, talking about how belonging to the Hansa Meyer family has changed their lives.

At the end of the video, Rigoberto Sánchez appeared among the audience, followed by his Hansa Meyer Global Transport Mexico team. While walking to the stage, he thanked the customers and suppliers attending the event and above all, the Hansa Meyer team in Germany: Mr. Marc-Oliver Hauswald, Holger Hartmann, Susanne Preussner, and above all Mr. Jörg Knehe, founding partner of the group that could not be present at the event and who recognized all their support during these first 20 years of HMGT Mexico.

During his speech, Rigoberto Sánchez thanked the young collaborators, who he assured, are the reason for the success of the company. He talked about how more than 75% of the workforce is prepared within the company, and that their dedication, effort and commitment have been recognized more than once by the clients. Before giving the floor to Mr. Marc-Oliver Hauswald, Managing Director of the Group, Sánchez revealed the future of the company: a technological path to access better tools that allow employees to masterfully perform their work.

When speaking, Mr. Hauswald highlighted the importance and value of the offices of Hansa Meyer Global Transport in Mexico, recognizing its commitment and high quality in the performance of its functions and customer service. He reiterated, as on other occasions, the unconditional support of HMGT in Germany and ended with a small present, in recognition of the entire team in Mexico.

The end of the speeches marked the beginning of the presentation of the rock band Medora, which enlivened the night of the event, between laughter, camaraderie, brotherhood and collaboration of all the attendees. 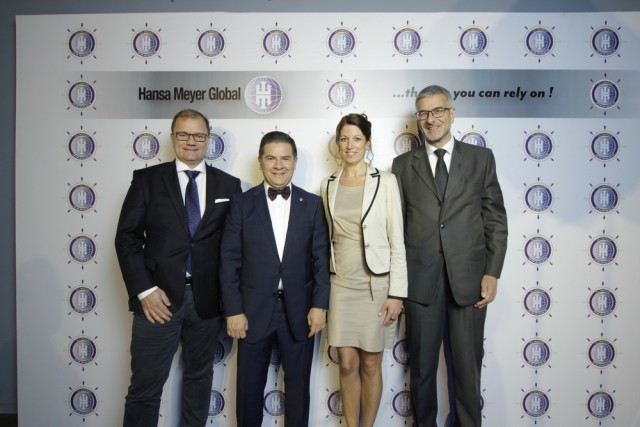 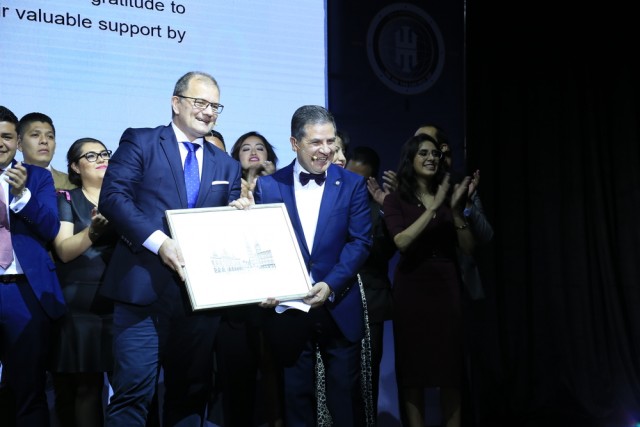 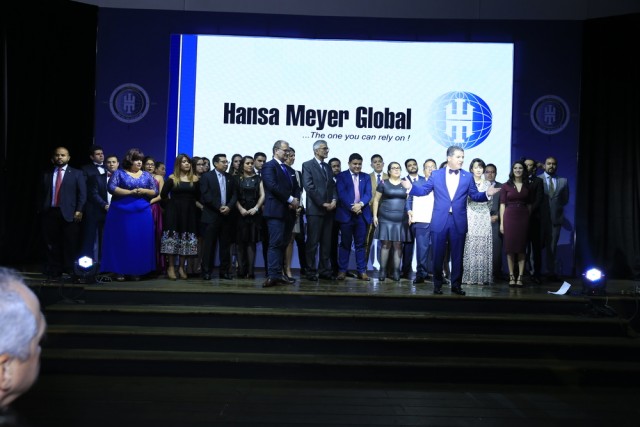